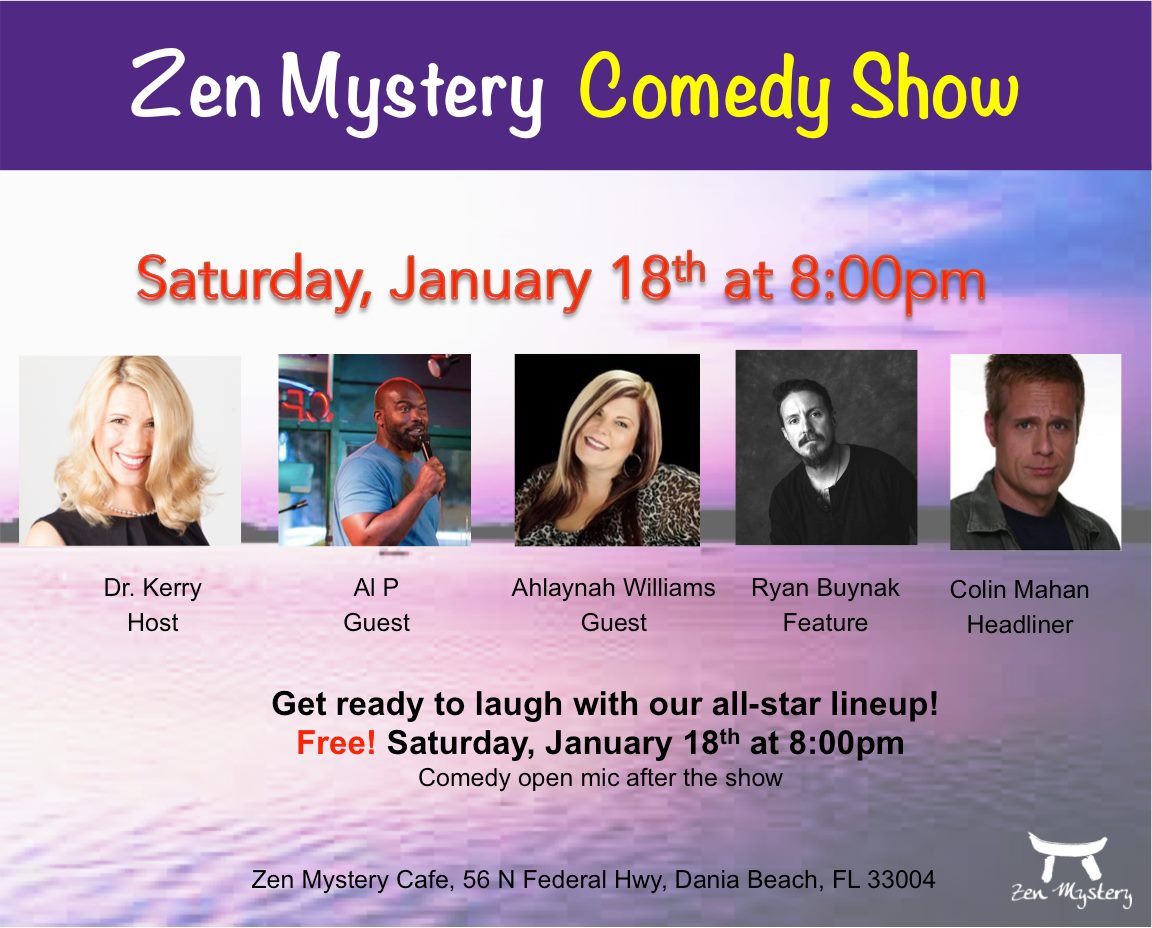 Get ready to laugh at our all-star line-up for the FREE Zen Mystery Comedy show on Saturday, January 18, 2020 from 8-9:30pm. Professional touring comedians will grace the stage with their talents, jokes and impressions. Host Dr. Kerry brings a hilarious group of comedians together to perform including: Al P and Ahlaynah Williams as guests; with Ryan Buynak as the feature and Colin Mahan as the headliner. There will be a comedy open mic after the show starting at 9:30pm. Open mic sign-up starts at 9:00pm.