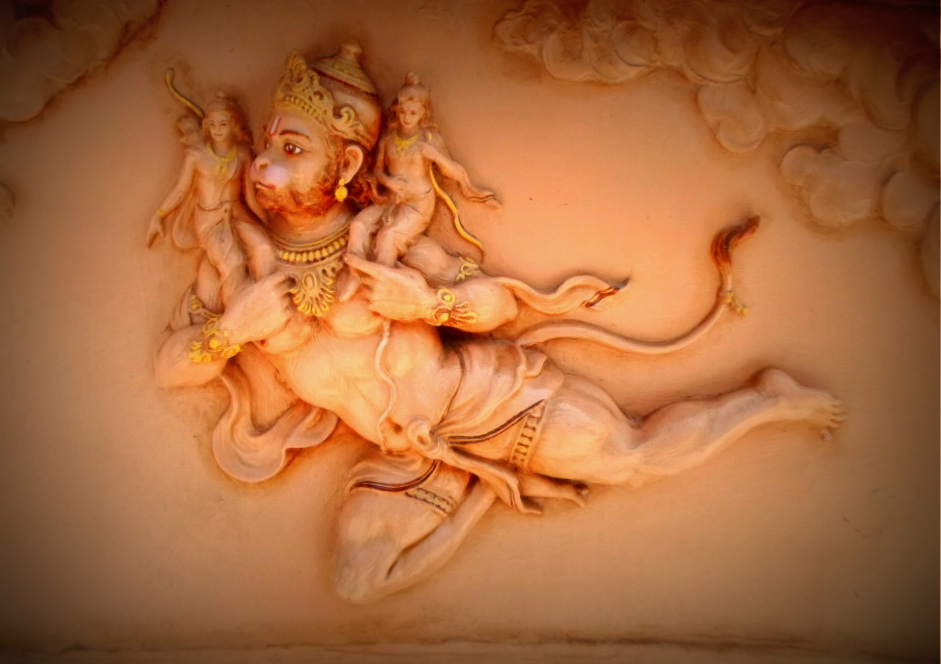 We will start the evening with few kirtan mantras by Sapo Paz. Then we will move into 45 minutes Hanuman Chalisa devotional practice. To close the evening Sapo Paz will perform a few devotional mantras.

“Devotion is falling in love with Love… not with the person.. It’s the love that brings you back to yourself. The Guru loves you from the inside-out. The way a Being like that looks at you … there’s only Love, no judgement. It’s like a moth to a flame. Then you see that the only thing keeping you out of that Love is your own stuff”

“The Hanuman Chalisa (Hindi pronunciation: [ɦənʊmaːn tʃaːliːsaː]; literally Forty chaupais on Hanuman) is a Hindu devotional hymn (stotra) addressed to Hanuman.[3][4] It is traditionally believed to have been authored by 16th-century poet Tulsidas in the Awadhi language,[3] and is his best known text apart from the Ramcharitmanas.[5][6] The word “chālīsā” is derived from “chālīs”, which means the number forty in Hindi, as the Hanuman Chalisa has 40 verses (excluding the couplets at the beginning and at the end).[3] Hanuman Chalisa is a devotional hymn dedicated to Lord Hanuman. It is recited to get energy and concentration. Hanuman is the source of immense energy and focus. Reciting Hanuman Chalisa channelizes energy and gives a total focus of mind and body.” – Wikipedia