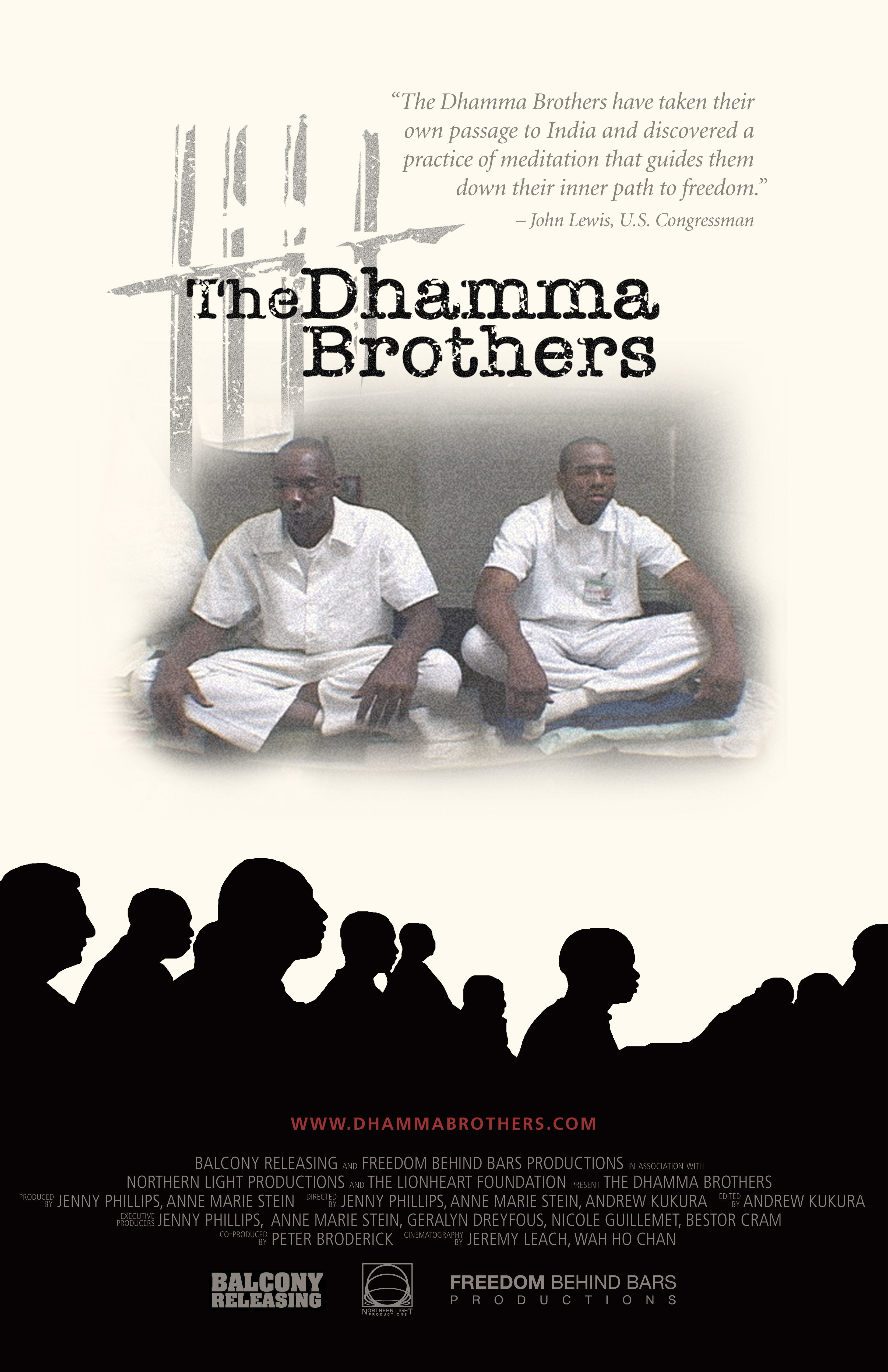 “A wonderful, powerful, and unsentimental film about incarcerated men getting below the surface of things. The freedom
and community they find sitting on meditation cushions in an Alabama prison is a rare inspiration to all of us.” – Richard Gere

Behind the high security towers and double row of barbed wire and electrical fence at Donaldson Correction Facility dwells a host of convicts who will never see the light of day. But for some of these men, a spark is ignited when it becomes the first maximum-security prison in North America to hold an extended Vipassana retreat, an emotionally and physically demanding course of silent meditation lasting ten days.

The Dhamma Brothers tells a dramatic tale of human potential and transformation as it closely follows and documents the stories of the prison inmates who enter into this arduous and intensive program. This film, with the power to dismantle stereotypes about men behind prison bars also, in the words of Sister Helen Prejean (Dead Man Walking), ‘gives you hope for the human race.’

It takes you on a thrilling and hopeful voyage through a very dark place. –Andrew O’Hehir Salon.com

The teachings of the Buddha infiltrate a maximum-security prison in The Dhamma Brothers, a thinking-head documentary about finding answers within for those who can t get out. More About This Movie Filmed in 2002 at the Donaldson Correctional Facility in Bessemer, Ala., one of the most violent prisons in North America, this provocative film follows a small group of inmates through a strict course of Vipassana meditation. For nine days participants must abstain from talking (as well as from killing, stealing and intoxicants) and follow a regimented schedule of meals, rest and noble silence. According to the convicted murderer Grady Bankhead, those nine days were tougher than his eight years on Death Row. Directed by Jenny Phillips (an anthropologist and psychotherapist who initiated the program), Andrew Kukura and Anne Marie Stein, The Dhamma Brothers offers a constructive alternative to the hopelessness of human warehousing. Opening up her film to include prison staff (cautiously impressed with the students behavioral changes), inmates families and members of the public, Ms. Phillips candidly documents the mixed emotions and institutional conflicts aroused by the introduction of a Buddhist practice in a predominantly Christian prison. Vipassana means to see things as they are, says Bruce Stewart, one of the program s two teachers. For men like Mr. Bankhead, that may be the only freedom they will ever know. –The New York Times