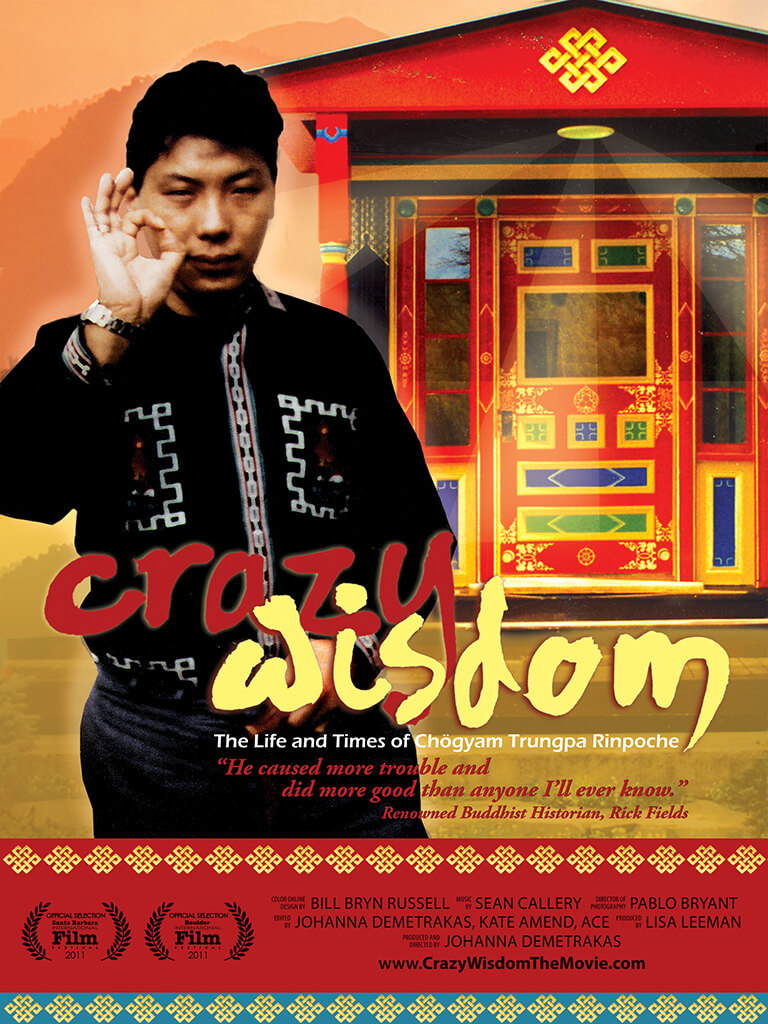 Crazy Wisdom is the long-awaited feature documentary to explore the life, teachings, and crazy wisdom of Chogyam Trungpa, Rinpoche, a pivotal figure in bringing Tibetan Buddhism to the West. Called a genius, rascal, and social visionary; “one of the greatest spiritual teachers of the 20th century,” and “the bad boy of Buddhism,” Trungpa defied categorization.

Raised and trained in the rigorous Tibetan monastic tradition, Trungpa came to the West and shattered our preconceived notions about how an enlightened teacher should behave — he openly smoked & drank — yet his teachings are recognized as authentic, vast, and influential.

For 17 years in North America, Trungpa taught Buddhism as though it were a matter of life and death. He was committed to creating the foundation from which to build an enlightened society. Allen Ginsberg considered him his guru; Thomas Merton wanted to write a book with him; Joni Mitchell wrote a song about him.

Filmed in the UK, Tibet, Canada, & the US, twenty years after Trungpa’s death, with unprecedented access and exclusive archival material, Crazy Wisdom looks at the man and the myths about him, and attempts to set the record straight. “It wasn’t what he taught, it was how he taught,” says Pema Chodron, author, teacher, former student of Trungpa. So fasten your seatbelts and get ready to meet Chogyam Trungpa!