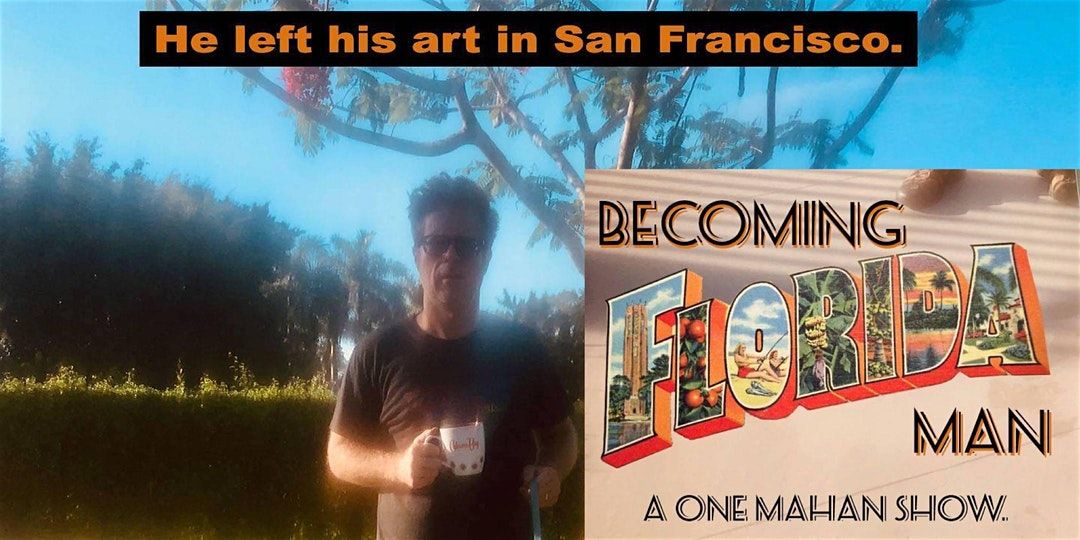 Join us for Becoming Florida Man, the one man comedy show with Colin Mahan! Colin is an amazing stand-up comedian and voice actor. In his one-man show, you will see him bring to life the voices of Bruce Willis, Michael Caine, Brad Pitt, George Clooney, Owen Wilson, Donald Pleasance, Harrison Ford and other Hollywood and political icons. His one-man show will have you in laughter, awe, glee and suspense! Fasten your seatbelts for a fun and wild ride!

Colin has been featured in the films Halloween (2018) and Whaling, video games Austin Powers: Operation Trivia, Backstage Pass, and Ooga Booga, animated TV shows Spike TV’s This Just In, VH1 Illustrated, and Where My Dogs At?, web series for Mondo Media, and many more. He’s appeared on The Man Show, Asia Street Comedy, MTV, Comedy Central, VH1, Spike TV, and other channels in the mid-level cable bundle. He’s also performed standup and sketch comedy in SF, LA, NYC and many points in between, enlivening SF SketchFest, Vancouver Comedy Fest, several sketch comedy pilots that were never aired, and most recently, his car.